Moving Up, Not Out 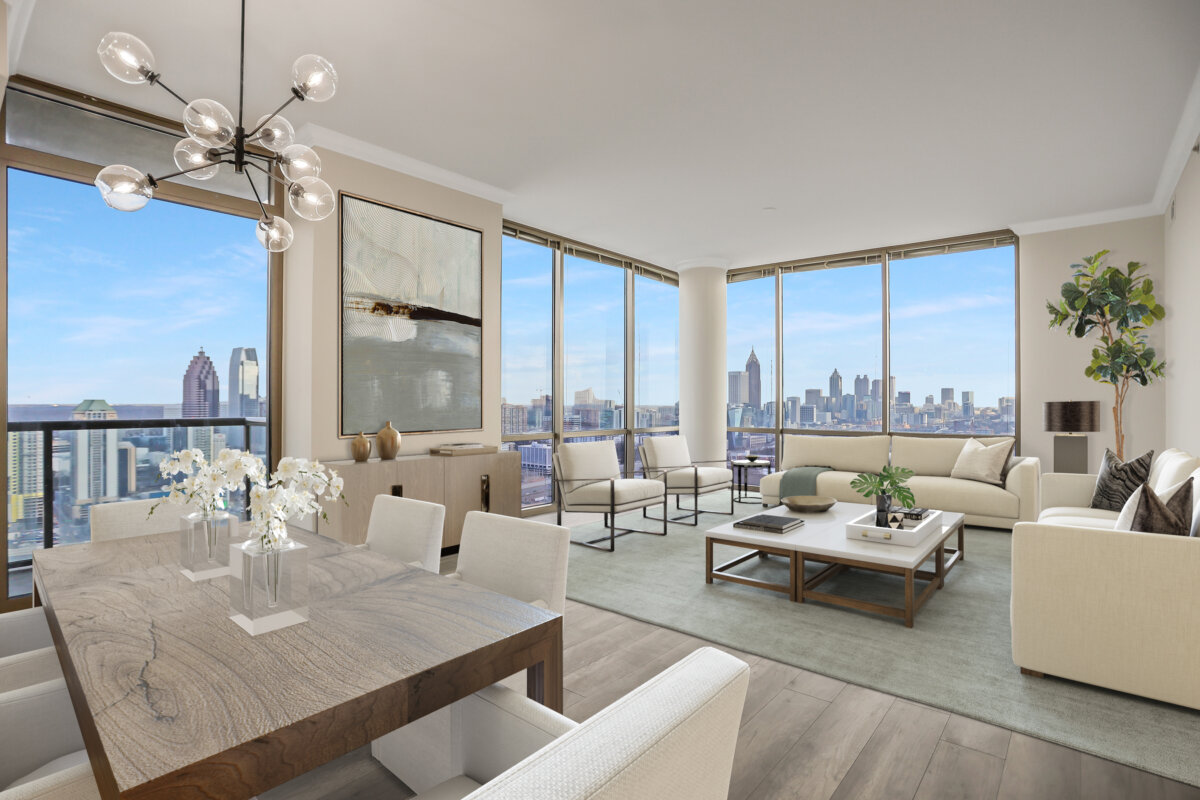 The story goes that it began in Chicago. A famous fire long ago made building there a new priority. They say the invention of the elevator made it possible. The idea caught on. In fact, it changed the face of cities all over the world. Cities began to build up, rather than out, and the skyscraper was born. The luxury condos in Atlanta Midtown today include the pinnacle of this style of luxury.

It didn’t take much to touch the sky of a populace that had never seen the view from more than six floors up but, in time, what became possible became prestigious. Particularly here in Atlanta, atop a muscular economy, so broad-based and diversified that it prevailed over every challenge that history could throw, the opportunity to rise above the day to day became attractive to discerning homeowners, to anyone who could see the opportunity.

Coincidentally, one of the most basic advantages of high-rise living is the same as the advantage reported by people who use private jets. You get home sooner. Atlanta high-rise condos offer the opportunity to cut the commute.

Anyone who has practiced commuting for any length of time will tell you that time alone is merely the beginning of what you gain when you leave commuting behind. The nerve endings expended on traffic represent an even greater savings, in the estimation of many.

And everything that home represents – an achievement in providing the environment of your choosing for yourself and those you love – comes to occupy more of your time and consciousness when you cut the commute.

The Light, the View

Atlanta Midtown condos also present light itself in a new light. The light flowing into an apartment in the sky creates an experience of the day that is hard to imagine if you haven’t experienced it first-hand. The passage of the hours is a gentle progression. The walls themselves seem to transition from bright and energizing to warm and welcoming to cozy and embracing, as the sun plies its course through the sky.

And, from the inside out, the views that high-rise apartment dwellers enjoy become one of their favorite features of home. Overlooking the Midtown Arts District and less than a mile from the High Museum, a hotbed of art and culture comes into view. Signals of our neighborhood’s commitment to culture abound, such as the Millennium Gate, modeled closely on Paris’s Arch de Triomphe.

Together, the light streaming in and the view when we look out are like the inhale and exhale of calm, of centering, of taking home to its inside meaning. Here is where we gather, and here is where we set forth on our lives of creativity, growth, and fulfillment.

From the outside in, the choice of highrise living in Atlanta is a strong one, and its value and preference remain undiminished, continuing in fact to grow with each generation. Call us at 404-961-7111 or find out more at ownatlantic.com.