Roots of a Neighborhood 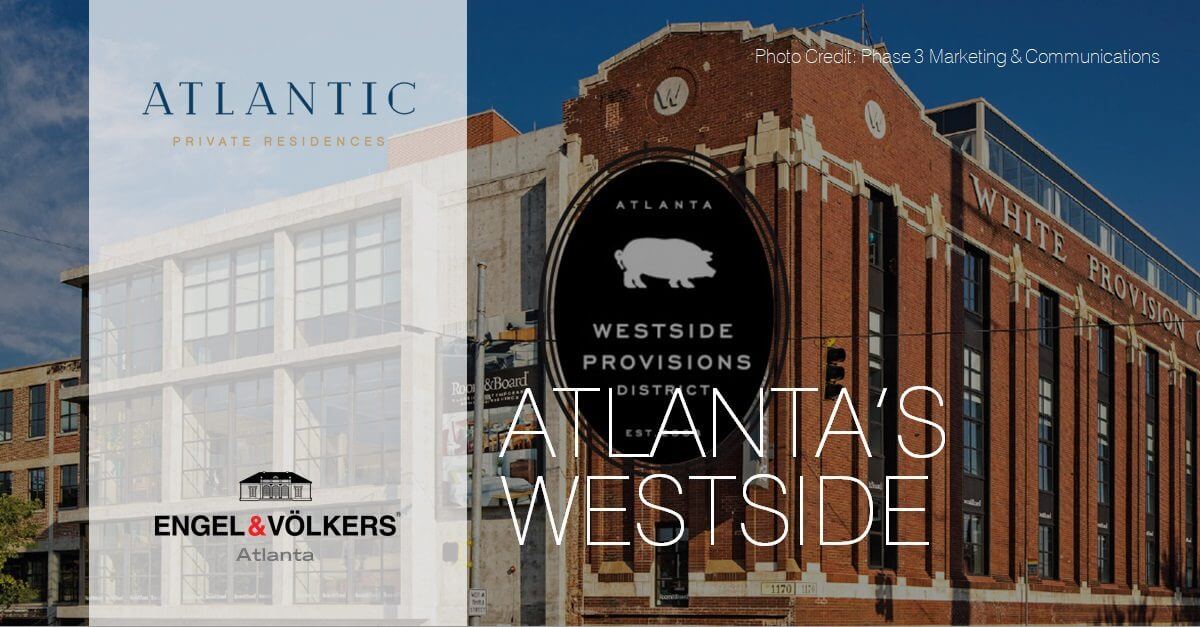 Understatement is part of the grounded grace that people find in Atlanta’s Westside Provisions District, and the WSPD mantra, “Really good stuff,” is one example of that. Having established a destination favored by people from all over the city, and indeed the region, with their ability to attract chefs and shop-owners of vision, style, and talent, the Westside Urban Market and White Provision teamed up over a decade ago to add stylish urban residences, turning a destination into a neighborhood that exemplifies the setting of the chic Atlanta condo.

Down to earth, to the point of being bold at it, the Westside Provisions District chose a pig for their logo, because White Provision was once the site of Atlanta’s first modern meat-packing facility. In this, and a thousand other examples, the spirit of the neighborhood is without pretense, choosing to reveal and build, rather than to imitate. Brash Coffee, Brick & Mortar, and Bungalow Classic are a few examples of the straightforward feel here.

The results produced with this point of view have added value throughout the condos for sale in Midtown Atlanta. If the new luxury is considerate, rather than extravagant, then luxury of the best sort abounds here.

The Reliable Meets the Unexpected

Westside Provisions District offers a shopping experience that can’t go wrong. Reliable resources such as Free People and Anthropologie assure you of finding what you need. Yet adventurous, inventive, enterprising shops such as Little Barn Apothecary and Roberta Roller Rabbit promise surprise and inspiration, too. Some of the fashions and jewelry you’ll find were made right here in the district, often on the same shop floors where early 20th-century industry also thrived. “We’re looking for brands with room to develop a loyal audience that can grow with them,” said Michael Phillips, president of Jamestown, the investment and management company behind the District.

With an impact that extends even to the condos at Atlantic Station, the Westside Provisions District feels like a hometown that just appeared.

Since 1998, the Westside Urban Market has attracted some of finest, most inventive chefs of the region, the nation, and the world. Because great chefs go where they’re appreciated, this magnetism only grew with the evolution to Westside Provisions District.

An updated take on Southern cuisine, with farm-to-market ingredients, is the direction taken at JCT Kitchen and Bar. And JCT restaurateur Ford Fry is also responsible for Marcel, a place for steaks and upscale dining. For a classic neighborhood tavern – a “local” to our English friends – Ormsby’s offers craft beers, a pub menu, and convivial diversions like darts and shuffleboard.

One of our favorites in the District is the West Egg Café. The menu, where you’ll find grits or tofu, biscuits or granola, black beans or Belgian waffles, is as uncommonly inventive as the name. Yes, it’s a place known for breakfast, brunch, and lunch, so eggs are easy to find here, and yes, it’s on the Westside, but it’s emblematic of the Westside Provisions District’s smart directness that they’d choose a name that subtly evokes F. Scott Fitzgerald’s greatest novel.

Getting There is Easy

Free parking at the Westside Provisions District is available on the surface and also in a parking deck. In line with the District’s goal of sustainable residential living, it is easily accessible on public transportation, too. Marta Bus Routes #2 (via Five Points Station) and #12 (via Midtown Station) give visitors and residents alike the option of getting where they want to go without putting a key in the ignition.