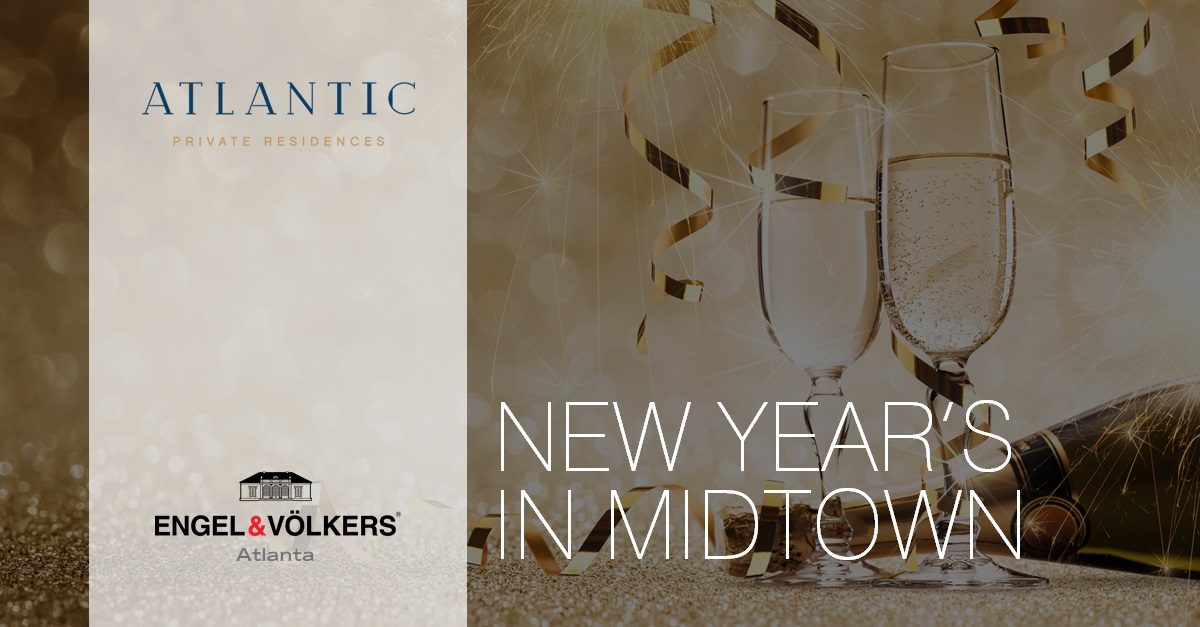 The Peach Drops and the Spirits Rise

Known as the largest New Year’s Eve celebration in the Southeast, the annual Peach Drop downtown is one of the, ah, exuberant ways of ushering in the New Year. Some people say they just had to do it once. Others make a point of never missing it. However you take it, the Peach Drop can’t be ignored. In fact, plans proceed even though this year it may move north a few blocks to Woodruff Park.

Imagine the biggest Georgia Peach known to humankind, perched at the top of a high-rise scaffold and overlooking a 16-hour party. As the seconds tick down to midnight, the giant peach descends, the roar of the crowd grows, and at last Auld Lang Syne links the voices between the stage and the crowd.

One feature of this year’s Peach Drop that we hope will not become annual is that a whole lot of confetti that was purchased for a Falcon’s Super Bowl victory is still available, and the Peach Drop is planning to use it.

Closer to Home in Midtown

For other Atlanta condo residents, like those who’ve chosen the luxury condos at Atlantic, even the 15-minute drive downtown, or the 25-minute MARTA trip, makes the Peach Drop a backdrop – something you’re glad is going on, but happy to have others attend. The ability of Atlantic Station to present a self-contained community at your front door is particularly appreciated at times like these.

Perhaps closer to home philosophically, for people interested in condos for sale in Midtown Atlanta, would be the elegant Masked New Year’s Eve Ball at Skyline Park. With the celebrated view from the roof at Ponce City Market, and titled The Mask of Midnight, the affair promises a glamorous evening high above the hurly-burly.

And Time Away Without Leaving Town

Though it means a quick trip up the road to Buckhead, a visit to the Havana Club on New Year’s Eve may be worth considering. With their tables organized for parties of eight, 10, 15, and 20, the three distinct rooms of the Havana Club might offer the best fusion of getting together with friends and enjoying an evening out. They take pride in curating the legend of Havana as the mid-century world’s “secret laughing place,” and so this might be the farthest you’d like to venture from Atlanta and still enjoy some time away on New Year’s Eve.