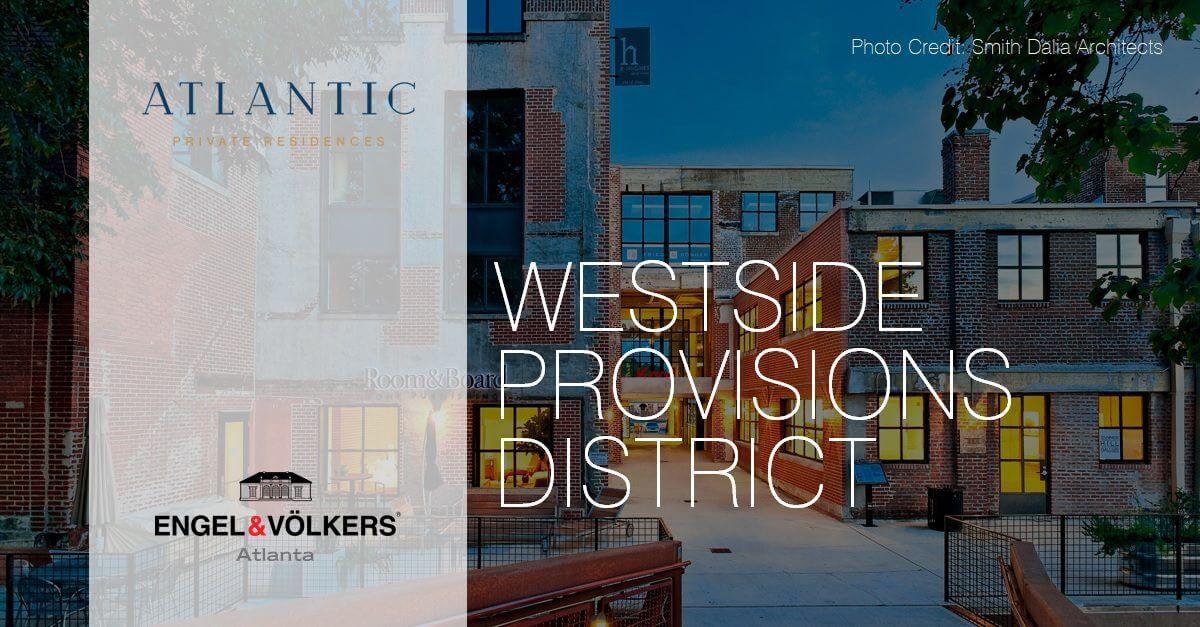 Straightforward Enjoyment with Class and Style

The name of one of the excellent eating places you’ll find in and around the Westside Provisions District is a good example of what the district does supremely well. The West Egg Café sounds like a natural enough name for a place serving breakfast, brunch, and sandwiches. Whether you notice that it’s also named after the site of The Great Gatsby’s mansion, or not, is not very important. But it’s there if you care to notice. The West Egg.

The Westside Provisions District is like that. It’s there to serve, to harmonize, to enhance, but not to drop names or impress. It’s like good company.

Shops with names such as Roberta Roller Rabbit and Little Barn Apothecary are emblematic of the Westside Provisions District atmosphere. “We’re looking for brands with room to develop a loyal audience that can grow with them,” said Michael Phillips, president of Jamestown, the investment and management company behind the District.

The result is that you can be sure of finding not only what you’re looking for, with stores like J. Crew or Anthropologie, but you can count on the pleasure of the unexpected, too. Base Brands, Brash Coffee, and Design Within Reach are further evidence of an atmosphere that can be no-nonsense and thrilling at the same time.

One of those thrills is finding fashions or jewelry or décor that were made right here in Atlanta. The industrious, early 20th century buildings at the heart of the District seem to have carried their karma into a new generation.

It’s About How It All Adds Up

The District was envisioned to be full of pleasant synergies. The galleries, showrooms, restaurants, and shops were collected with the elegantly simple vision of “really good stuff.” That simple direction has proven effective in creating an atmosphere that’s comfortable, but never dull. And, from the beginning, this atmosphere was intended to extend to residences, including the condos at Atlantic Station.

Some of the luxury condos for sale in midtown Atlanta rank among the most interesting in all of Atlanta real estate, because the Westside Provisions District is yet another example of the success Atlanta is enjoying in putting life, work, enjoyment, enrichment, commerce, and education all together. Today, your choice of neighborhoods in which you can enjoy every part of city living without wandering far from home is better than ever before.