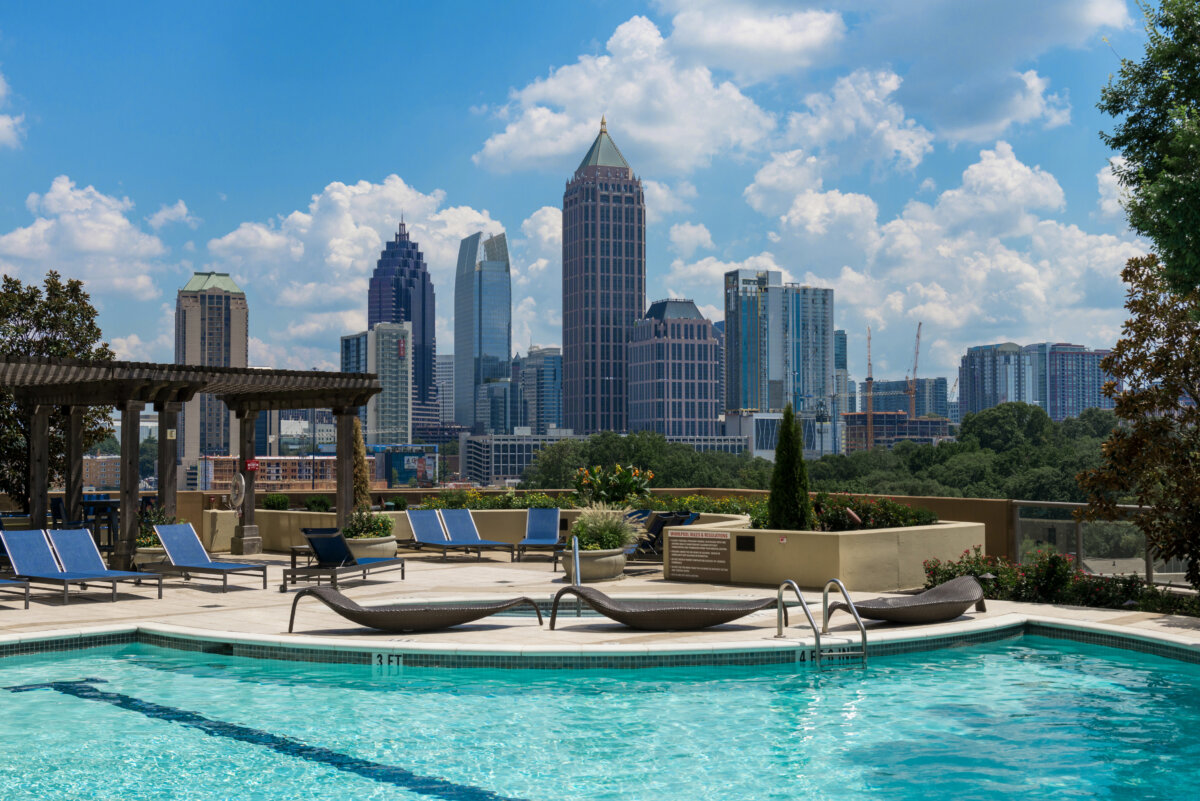 One of the comforts of living in the luxury condos found in Atlanta Midtown is what we might call selective anonymity. Nowhere else that we can think of do folks enjoy such freedom to be public or private, as the mood strikes them. In fact, one of the City Mouse – Country Mouse lessons shared by a friend of ours is that he enjoys the freedom from familiarity that came from arriving among Atlanta high-rise condos, compared with his small-town upbringing. Small-town life, he says, has much to recommend it, yet the feeling that everybody knows too much – or thinks they do – felt a little tight around the collar.

Now that Atlanta produces more movies and TV than Hollywood, our preference for playing it cool comes in handier than ever, with famous folks choosing more and more to stay and live in Atlanta when filming is completed. And yet, the discretion that residents of Atlanta Midtown condos enjoy just cannot stretch far enough to cover a few of our neighbors – and in this instance we are talking about the Fortune 500 companies located here.

There’s some diamond-cutting being done each year, right after Fortune magazine publishes its annual list of the 500 largest U.S. corporations. The list itself is only as debatable as reported revenue – but how many of those top companies make their home in your town? Well, that sometimes gets discussed. A lot. Was Pulte Homes just inside or outside the 500 breakpoint when they arrived? When did they surpass the Fortune 500 decisively? (They’re now right in the middle of the club at #284.) And if they’re headquartered in Buckhead, are they still a Midtown neighbor? Easy to miss the point in details such as that.

The big picture is that Atlanta has ranked among the top five U.S. cities in Fortune 500 headquarters for more than a quarter century – ever since we hosted the Olympics. That means it’s a short throw from the condos around Atlantic Station to some of the leading examples of enterprise in this or any other economy. In all, 16 of the Fortune 500 make their homes in Atlanta.

Some of those corporations were born and raised right here, including The Home Depot. Although the founders got the idea in a Los Angeles coffee shop, they built their first two stores here in Atlanta, on Memorial Drive and Buford Highway. Now helping people build and improve homes from 2,200 stores in three countries, The Home Depot heads the list of local heroes by a substantial margin in terms of revenue.

Coca-Cola is another Atlanta native, first formulated here in 1892 and still going strong. The focus of its fame is so strong that, for decades, Coca-Cola was the most widely recognized brand name in the world. Nevertheless, the company markets no fewer than 2,800 products in 200 countries. Diversification did not drain the power of the Coca-Cola Company, and with it comes lessons in the classic Atlanta qualities of persistence and broadening one’s base for longevity.

Others Made a Wise Choice

Other Fortune 500 corporations migrated to Atlanta for the advantages it brings to transportation and logistics. Though Delta Airlines started down the road in Macon, its headquarters followed its routes to Louisiana for a while until making Atlanta its home in 1941. United Parcel Service also began its story elsewhere – some might say the ultimate elsewhere, Seattle – and chose Atlanta for its base in 1991, the same year when UPS notched $13 billion and became the fastest-growing airline in history. (Though the rest of us see the pickup and delivery services, the FAA calls UPS an airline.)

What these headliners of the business world demonstrate that is useful to all of us is this: The depth of resources employed by large corporations is a great wellspring of resilience. More options, more scope, wider perspective – these qualities come in handy anytime, but rarely so much as when time comes to fight your way back to the top. Neighbors such as these can be reassuring to anyone building a home or a career.

These two factors we share with our Fortune 500 neighbors – resilience and resources – help explain why Atlanta Midtown condos such as those of Atlantic flourish. Right here and right now, they are key elements of value and confidence. Discovering the opportunities this economy might present to you, whether for living or investing, is our chosen field. Just call us at 404-946-8363 or find out more at owatlantic.com.