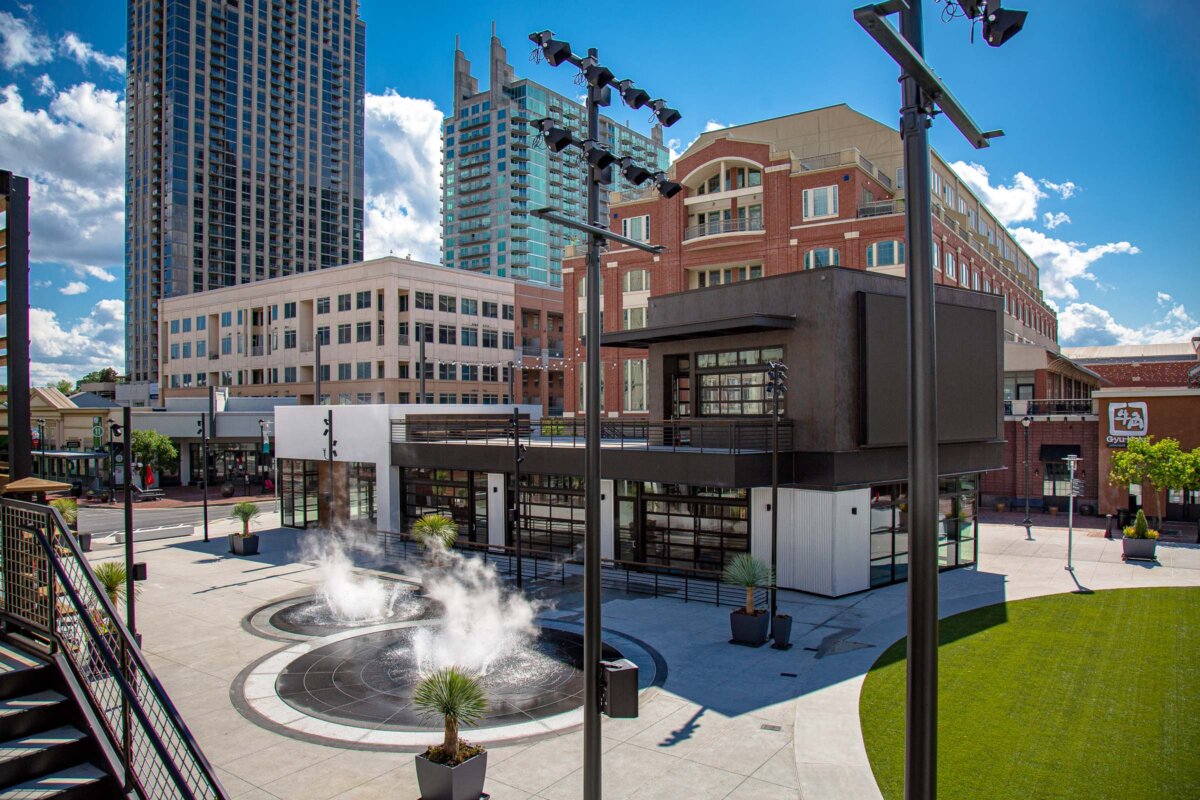 Commonly known as “The Heartbeat of Atlanta,” Atlantic Station is a destination that is worthy of attention and consumption. This multipurpose gathering place is at the center of Atlanta’s most frequented locations, offering every visitor a unique experience. While Atlantic Station is a live-work-play community, the new offices of the American social media conglomerate, Facebook and American multinational technology company, Microsoft Corporation are expected to create an influx of new business travelers to the area, thus emphasizing the “work” in Atlantic Station’s “live-work-play.”

The Future for Hotels in Atlantic Station

What may come as a surprise to many who visit this community, as it stands, Atlantic Station only has one hotel on site; the Twelve Midtown on 17th Street has 120 rooms and is the only hotel in Atlantic Station for out-of-town visitors to stay. Since Facebook and Microsoft’s announcement, the need for hotels in the area has increased significantly.

The Embassy Suites Atlantic Station is now under construction and has plans to open in the early months of 2021. The lot for this hotel shares a property line to the west of our Atlantic condos and will offer 181 guest rooms.

Additionally, Peachtree Hotel Group has announced plans to build an $85.5 million dual-branded hotel. This project will include a 130 room SpringHill Suites and a 144 room Tapestry by Hilton.

Nick Garzia, former Director of Retail Leasing for Hines and property manager for Atlantic Station, believes that with the addition of Facebook and Microsoft to the list of office tenants in Atlantic Station, the aforementioned hotels may still not be enough to accommodate the influx of business travel that they are expecting, “each of those being as prominent, big companies as they are, they are going to generate a lot of visits to their offices and a lot of the need for hotel room nights,” Garzia said, but “in the short term, this will satisfy what we need.”

As we have seen, Atlantic Station is ever evolving to acclimatize the needs of its consumers. The addition of these hotel rooms will surely bring more attention to the already habitual community of Atlantic Station. For more information about living in Atlantic Station and becoming part of the community, visit ownatlantic.com