Commerce and the Three-Day Weekend 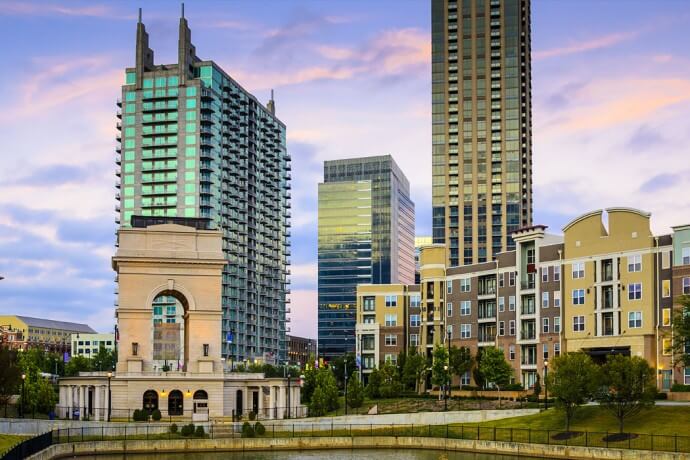 Part of the breadth and diversification that supports our steadily growing economy is the attraction Atlanta holds for visitors far and near. As the focus of $15 billion in visitor spending through the year, the additional access from three-day weekends provides a substantial portion of that income, and it makes sense to acknowledge and study it. The condos for sale in Midtown Atlanta are just one of the facets that benefit from this attention, sampling, and spending.

We share with the rest of our region the magnetic charm of the South, although Atlanta is the great exception, because of its concentration of commerce, finance, industry, and education. We have fostered, amidst all this urban progress, the power that comes from art and nature, history and culture. The beloved Atlanta beltline links our precious parks with more than 40 neighborhoods on a trail that invites walking, jogging, and biking – as well as families and pets and couples and circles of friends – and brings measurable economic benefit to the precincts through which it travels. Our museums of art, of history, of nature, are truly world-class, and the devotion of Atlanta residents to upholding the quality of these resources continually renews their vitality. Together they play a role in making the Atlanta condo a preferred lifestyle choice among people important to our economy.

From around the area, the state, the region, the nation, and the world, people come here to enjoy what Atlanta offers uniquely. We saw a million-person rise in visitation in 2017, and our international visitors grew by 5% in 2018. The environment, the energy, the discoveries, and the enjoyment people enjoy here bring more than 53 million visitors a year, who spend more than $15 billion. Atlanta hosted 740 meetings and conventions, including 17 major conventions city-wide.

Part of the Way of Life

Three-day weekends, an important piece of Atlanta’s earnings from visitors, have been around long enough to be taken for granted. But they are barely 50 years old, and, in fact, the idea of observing weekends at all dates just from the late-1800s. The rhythm we take as a way of life came into being through a course of events and developments that were anything but automatic. Surely the demands of the Industrial Revolution called for regular schedules to organize the work and processes that industry requires. But industrial jobs alone did not bring weekends about.

The analysis of history reveals that it was not until farmers moved in great numbers to take factory jobs that the pressure that resulted in a five-day work week took shape. The life of the land had natural signals for work – sunup, sundown, seasons for cultivating, planting, and harvesting – and the people who lived that life were accustomed to spending more time with their families (who were typically farming alongside them) and to having more control over their time, effort, and attention. When factories did implement a five-day work week, statistics rarely, if ever, showed a lasting drop in productivity, because worker energy, attention, productivity, and retention rose in greater proportion than the reduction of hours.

Awareness of the elements of the Atlanta economy, such as our attraction to visitors, is part of the job at Engel & Völkers. We are Atlanta’s leader in the sale of residential real estate and new developments, including the sought-after, luxury condos at Atlantic Station. Just call us at 404-845-7724 or find out more at evatlanta.com.