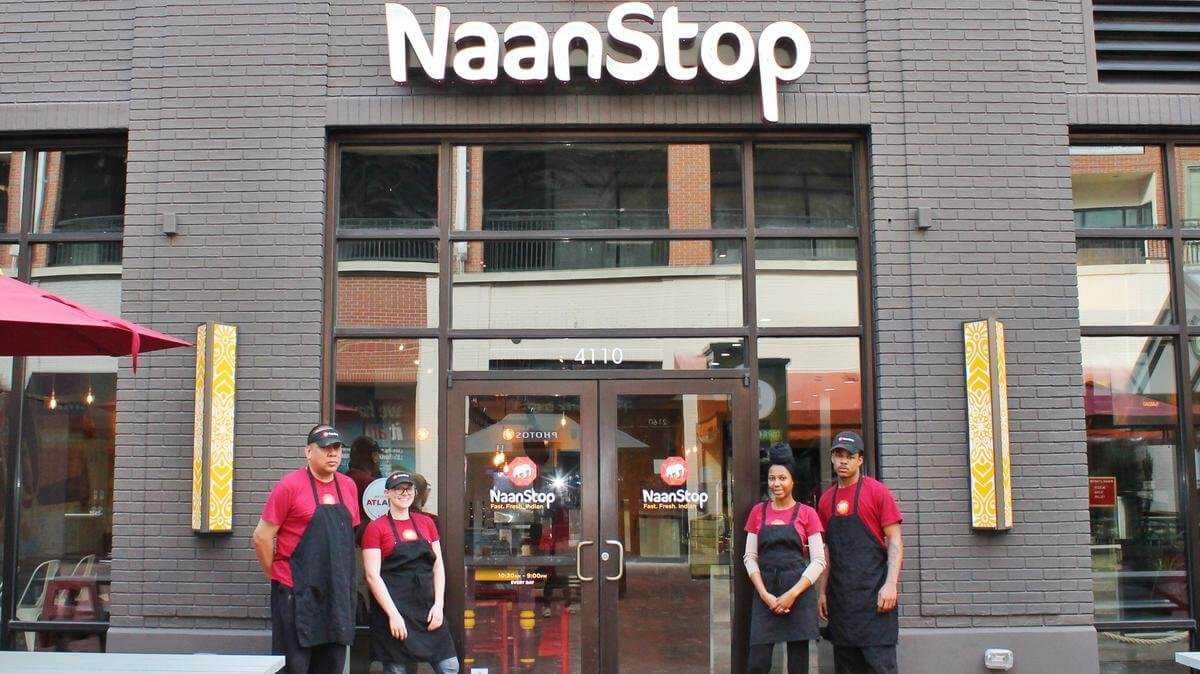 As the premiere mixed-use development in Midtown Atlanta, Atlantic Station continues to add more retail, shopping, and restaurant options. The newest addition to Atlantic Station is NaanStop, an Atlanta-based fast causal Indian restaurant. Similar to Mexican food chains like Moe’s Southwest Grill and Chipotle, the 2,200-square-foot restaurant allows customers to build their own naanwiches, rice bowls and salads at the counter with protein options like lamb or paneer, a chutney, and a side such as marsala fries or samosas.

Founded by brothers Neal and Samir Idnani who hail from Augusta, Georgia, NaanStop’s food offerings are inspired by Neal and Samir’s mom and grandmother. The brothers spent a year developing their idea in Los Angeles, testing out their own creations in a food truck. A year later they returned to Georgia to open their own brick and mortar business.

In addition to the flagship location in Atlantic Station, NaanStop also has restaurants in Buckhead and downtown Atlanta near Georgia State University.

The addition of NaanStop is the latest in a series of openings and closing in Midtown’s mixed-use community. Alongside NaanStop, Atlantic Station will open more shops, restaurants and entertainment this year, including, Forever 21, Bowlero and HOBNOB Neighborhood Tavern. These new additions will breathe life into Atlantic Station as the community continues to grow and evolve.

Whether you are looking to learn more about the upcoming developments across the way or seeking a beautiful condo in West Midtown, we would be more than happy to assist you in your next real estate transaction and offer you a private tour of the extravagant Atlantic Midtown. Call us today at 404.961.7111.