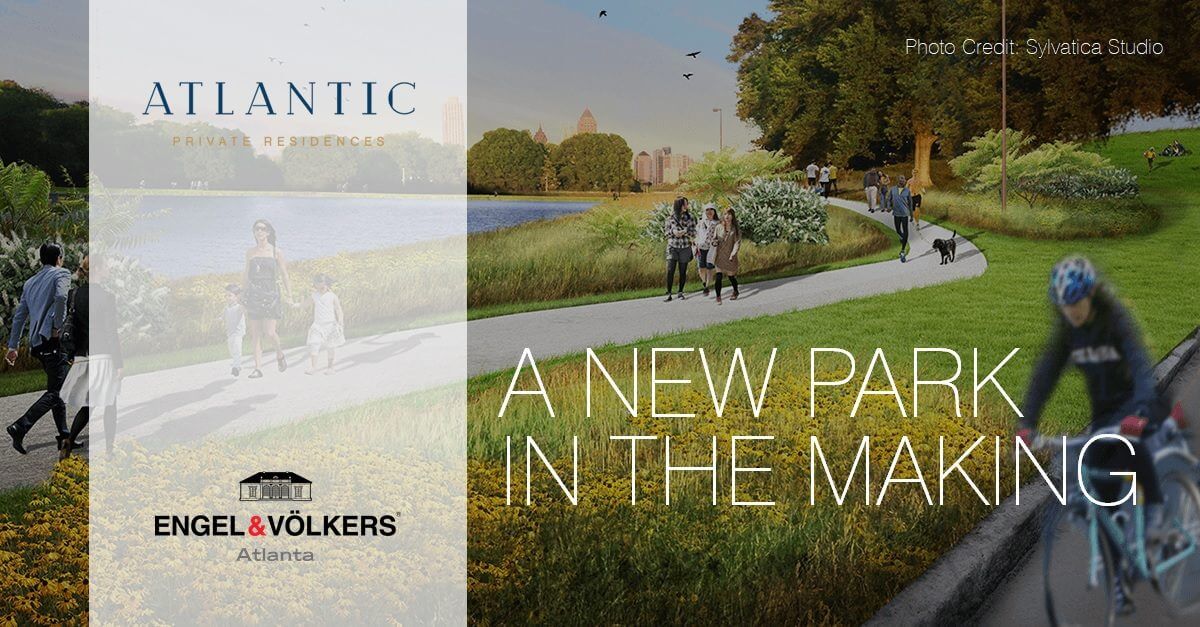 It’s another story of working together. The City, the Friends of Atlanta Waterworks Park, the Upper Westside Community District, the Department of Watershed Management, and the Berkeley Park Neighborhood Association got together with the help of a former Atlanta City Council member who just wouldn’t stop serving. Through this cooperation, our city can look forward to yet another jewel in the fabled necklace of emeralds that is Atlanta’s glorious network of parks and trails.

Thanks to a decade of grassroots efforts and some expert choreography among civic and business interests, the Atlanta Waterworks Park will begin soon to appear in phases, right here among the burgeoning residential, dining, arts, and shopping district that is Atlanta’s Westside. Already a wise decision, the condos for sale in Midtown Atlanta, and particularly the luxury condos at Atlantic Station, stand to become ever-more valuable.

On four-and-a-half acres at the corner of Northside Drive and 17th Street, the new park is slated to appear soon. The Upper Westside CID is selecting a contractor. Completion is planned for third quarter this year.

It’s All About the Contrast

Surely, Atlanta features some spacious parks, and this one might be seen as just a punctuation mark by comparison. But part of what can make a park beloved is by bringing with it a view of the bustling city around it. So it is for this one. Views of the downtown skyline are very much a part of the plan, because just as it’s relaxing to see some country from your office, it can be inspiring so see some granite and steel from your park. Ask anyone who’s run the Reservoir in Central Park. A big part of the place it holds for New Yorkers is the view of Midtown below, and the embrace of Fifth Avenue and Central Park West along the sides.

The new park on Atlanta’s Upper Westside is a little like a time capsule from the achievement of landing the 1996 Summer Olympics in Atlanta. This parcel was fenced-off then as a security measure protecting the waterworks. So it stayed sequestered from the energetic development that went on around it since then, as the neighborhood gained new residents and resources, but without a park of its own.

A less visible legacy of our Olympic training, all those years ago, is the vision and teamwork that remained, long after the torch was passed. Architects and planners to this day, and in the farthest reaches of our nation, point to the way Atlanta mobilized to secure and fulfill that Olympic dream as a turning point that has never subsided.

Each time a visionary step like this one is taken, an Atlanta condo becomes a smarter move, and a more luxurious choice for living. For more about the impact of Atlanta Waterworks Park, and more developments like it, let’s talk. Just navigate to the contact page and we’d be happy to get in touch!