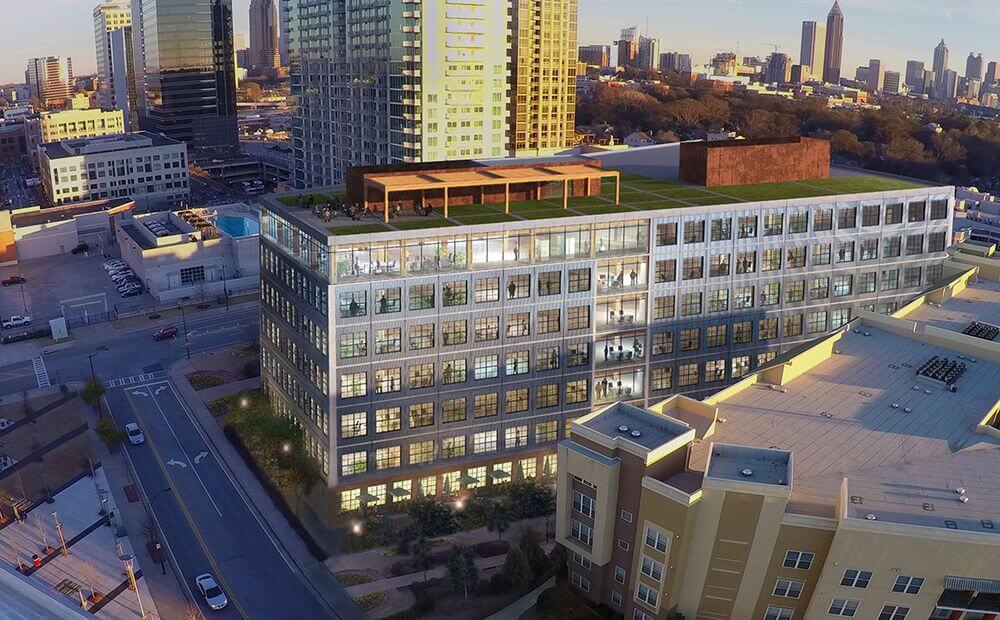 In Today’s Curbed Atlanta, Atlantic’s newest beautiful neighbors seem to be closer than ever to breaking ground. Atlantic Yards has an official start date, and several additional buildings  “could soon be coming to Atlantic Station, adding nearly 750,000 square feet of space to the mixed-use district.”

.According to the newest renditions, Atlantic Yards will “rise on the south side of 17th Street on either side of Market Street.” Atlanta Developer Hines hopes to break ground on the Atlantic Yards project, which is being designed now, in the second quarter of 2018.

And as Jarred Schenk’s April 21st’s Bisnow article, “Hines Teeing Up 500K SF Spec Off Office Space” clarifies, “Atlantic Yards is the first new office to sprout at Atlantic Station since the 25 story BB&T. Located between the 171, 201, and 271 17th St. buildings — Atlantic Station’s office trifecta — the development has more than 1.4M SF of office, with just 106K SF vacant, a 92.6% occupancy rate.”

Clearly there is a need for more business space. But thankfully aesthetics seems to be just as important for these buildings as it has been for us here at Atlantic as we attempt to blend the beauty of our existing building with the newer more modern updates.

“Not Your Father’s Office Building” 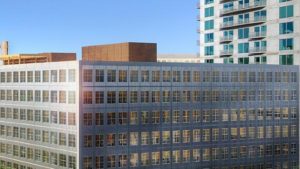 Atlanta Business Journal’s “Not Your Father’s Office Building,” tells us that Atlantic Yards will be  the “first of its kind,” in its design and appearance aiming “to fill a niche between Midtown’s high-end glass office towers and Westside’s warehouse buildings.”

The beauty of this blending of old design and modern technology is obvious.The building will have the “charm and warmth of the adaptive reuse buildings but also (incorporate) the sustainable attributes and modern technology that progressive tenants demand” and as Hines Senior Managing Director John Heagy has said about the project in public meetings. “It’s not your father’s office building, it’s your grandfather’s office building.” 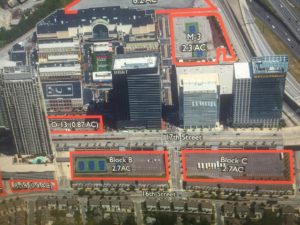 Atlanta Business Chronicle’s explains how to tell these building trends are here to stay: “just follow the money.” J.P. Morgan, known for investing in Atlanta’s more traditional office properties is now acting on the “strong demand office tenants are showing for alternatives to glass towers” and notes that the appreciation is an appropriate nod to Atlanta’s rich industrial history including “steel and concrete, brick and wood — the elements that give an authentic feel to the building that tenants want.”

“The Real Cool Is Community”

Integrated global design leader Robert Benson in Cannon Design’s “Can You Make A New Building As Cool As A Warehouse?” explains the appeal of this new and old mix: “Just as we looked at that boarded up warehouse and thought it could be something other, office towers can be reborn. As we study old warehouses as new office typologies… we’ve discovered the real cool is community.”

Unlike the glassy towers on the north side of 17th Street, the new buildings will be clad in brick. The two 10-story buildings would bring nearly 500,000 square feet of spec office space to the western side of The Connector.

Meanwhile, Hines also plans to develop an office building for “creative” companies just down the street from Atlantic at the northwest corner of 17th and State streets—between Twelve Atlantic Station condos and Seventeen West Apartments. That particular project would be a seven-story, 220,000-square-foot timber-framed building.

What Does That Mean For Us?

Quite simply, when demand goes up for office space, especially space that is aesthetically appealing and with award winning creative designs, so does the price of residential living. Knowing the detail and the thought put into these particular structures should also bring a peace of mind. When your neighbor’s home is as beautiful as yours, you don’t have to be in real estate to recognize these new structures will only financially impact the value of your home in a positive and lucrative way.

Atlantic also believes “the cool is in the community.” We look forward to keeping you updated on all of the newest developments and as we continue to welcome our new residents to Atlantic, we eagerly welcome our newest neighbors who are building near us as well!